Dedicated to offering the best paddling products available, supporting adventures on the water and making memories, friends and Ohana in the Great Pacific Northwest!

Welcome to the Pacific Northwest, a land of great trees, mountains, and waters. From Washington to Oregon, you will find many rivers and lakes, the Puget Sound, and the Strait of Juan De Fuca, carved by glaciers during the Ice Age, approximately 2.4 million years ago.

The connection between Hawaii and the Northwest USA is legendary. Large Red Wood tree’s that would fall to rivers and oceanside would sometimes find their way to the North Pacific Gyre, where they would end up on the shores of Hawaii and eventually be carved into Wa’a Kaulua, great sailing canoes. Hawaiian Outrigger Canoes would on occasion land on the shores of the Pacific Northwest. Orally passed down stories and songs from tribes in the northwest telling of the people of Hawaii and their arrival, there are even Hawaiian words in some tribal dialects. During the first half of the 1800s, large numbers of native Hawaiians (Kanaka Maoli) came to this region for their skills on and in the water. One of the more renowned and colorful Hawaiian arrivals, John Kalama, was a communicator between settlers and the First Nations. The town of Kalama WA, being named in his honor. The Hawaiian waterman were also the first to guide large ships through the Columbia Bar, also frequently called the Graveyard of the Pacific, with treacherous currents and large seas that have sunk more than 2000 ships. 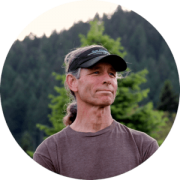 In recent history, the PNW would be the 2nd largest population of Polynesian living away from home. Making up 7% of the population. It was only a matter of time before the aloha culture would begin to permeate, with Canoe Clubs and Hula Halau popping up throughout the Northwest. Eventually, the PNWORCA was formed and organized a summer sprint season and a winter small boat series (OC1, OC2 and Surfski). Thanks to
JD Davies, a paddler from Kailua Oahu, who paddled with Lankai Outrigger, decided to make Washington home. He started to build canoes & paddles and founded The Gorge Outrigger Canoe race, one of the largest canoe races in the USA. JD and Mike Giblin became friends and JD imported the first Hurricane OC1’s to the US, as Outrigger Zone’s first dealer outside of Hawaii, and thus began 25 years as Waterwalker and now, Ozone Northwest.
JD’s love for paddling, ability to train paddlers and educate them on safety, technique, and team-building tremendously influenced the growth of paddling in the Northwest. The Gorge is now a bucket-list race for paddlers around the world, as thousands of paddlers converge for The Gorge Outrigger Race and Gorge Downwind Championship.

As a pioneer of water sports on the Columbia River Gorge, JD has nurtured canoe and paddle sports in the Northwest. He is a key distributor and community leader.

JD started off in white water kayak and wind surfing, but once he began paddling with Lanikai Canoe club 30 years ago, he was hooked. JD started building outrigger canoes and paddles which eventually became his career. JD organizes the largest canoe race in the Northwest, the Gorge Outrigger Canoe Race, which recently celebrated its 22nd consecutive running.

Mission
At Ozone Northwest, our vision is to support the growth of the sport in the Northwest and enrich the experience. We seek to accomplish this vision through involvement with canoe clubs, coaching, event organization, athlete education, and access to the best quality outrigger canoes, OC1, OC2, OC6, Surfski Kayak, Paddles, Accessories, and more.
Contact us to learn about how we can help you learn more about paddling, or if you would like to demo a canoe for yourself or your canoe club. Use our consultation form to inquire about products, or contact us for general inquiries.
Mahalo!
Service, Sales, and Support Regions
We service customers in Washington from Bellingham to Seattle, Tacoma, Wenatchee, Spokane, Yakima, Tri-Cities, and Walla Walla (Anywhere in Washington really). And all over Oregon, from Portland to Hood River, Salem, Eugene, Newport, Coos Bay, and Seaside. We also have customers in Idaho, Coeur d’Alene, and Boise. If you need Outrigger Canoes, Surfski, or Paddles in the Northwest, give us a call! Mahalo
CONTACT US CONSULTATION